It is very unlikely that one would have not heard of Vaishno Devi, as one of the famous pilgrim spot. It is the second most visited religious places in India. It is maintained by a trust named Sri Mata Vaishno Devi Shrine Board. Vaishno Devi is a shrine and is worshipped as a”Shakti Peetha” and is revered as a source of energy and a manifestation of the Mother Goddess. This famous pilgrim spot is located in a small town named Katra, which is 45 kilometres away from Jammu. This Hindu temple is one of the best maintained and has a systematic set up to assist the pilgrims to have a safe and spiritual pilgrimage while they visit the most worshipped Hindu Goddess and is a beautiful abode of the Goddess in the Trikuta Mountain range in Jammu.

History of Vaishno Devi near Jammu 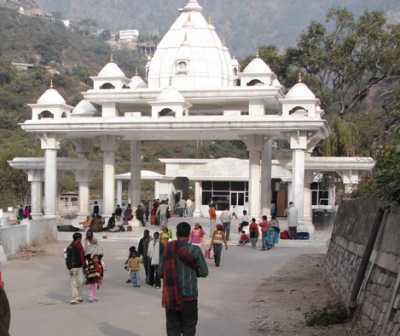 The story of Vaishno Devi finds its roots back in Chandi Uppurana. This shrine of the Mother Goddess is regarded as one of the most noteworthy Shakti Peetha of the total 108 Shakti Peetha’s that is there. It is a customary belief that when Lord Vishnu cut Sati Maata’s body into 108 peethas, and Lord Shiva carried the corpse and rambled in the snow, subsequently, 52 body parts fell into the earth’s atmosphere and the rest of the 56 fell on other planets.

There are 51 Shakti Peeth connecting to the 51 alphabets in Sanskrit. In accordance, to the  Chandi purana, Vaishno devi is not counted among 52 shakti peethas, this peeth is counted among 64 shakti peetha listed in Devi Bhagwat Purana and 108 Shakti Peethas planned in Chandi Purana. The sources claim that Vardaani Haath of Maa Sati fell here. This place includes three idols of Maha Saraswati, Maha Lakshmi, and Maha Kali, which are all different avatars of Vaishno Devi.

There is also another story of a little girl Vaishnavi, who is considered to be an incarnation of the Mother Goddess and it is believed that when she decided to discard her human avatar in order to partake the face of a rock she engrossed herself into meditation forever. Thus Vaishnavi, in the figure of a five-and-a-half-foot-tall rock with three heads or the Pindies on the top is the eventual target of a devotee. These Pindies compose the Sanctum Sanctorum of the holy cave known as the shrine of Shri Mata Vaishno Devi Ji, which is believed to be the source of all energy, as followed by the Hindus.

How to reach Vaishno Devi near Jammu

The temple of Vaishno Devi resides in a small town named Katra, which is in the Reasi district of the state of Jammu and Kashmir. The shrine is located at an altitude of 5300 feet and a distance of approximately 12 kilometres from Katra, which is at a distance of a mere 45 kilometres from Jammu. A rail link from Udhampur, which is a district in Jammu, to Katra is completed of late to facilitate pilgrimage. The nearest airport is the airport in Jammu, which has a good number of connecting flights from the different parts of the country, and is served by most of the domestic airlines.

The normal procedure to reach the shrine of Vaishno Devi includes a process of obtaining a 'Yatra Parchi' (Journey Slip) for Darshan, from the establishment in Katra, post which the devotees can proceed to the Bhavan. The way to Bhavan is an upward slope and is steep, hence, requires a long walk uphill. There are also provisions of ponies and palanquin, which are available to the pilgrims. One can also opt for the Helicopter service for a large part of the trip. The Trust offers comfortable stay for pilgrims.

There is a tentative plan of Indian Railways to commence rail services up to Katra from March 2014. Talks are in progress with the Government of Jammu and Kashmir to incorporate permit slips for Vaishno Devi Darshan with the train ticket. This will allow the passenger to get permit slips while booking the train ticket. 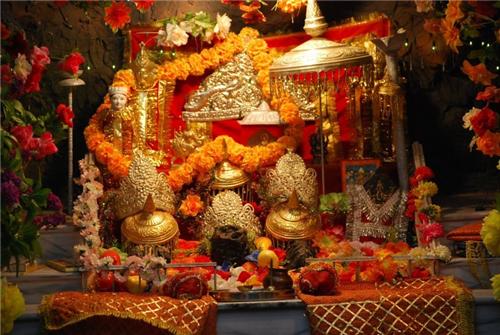 Accommodation in Katra near Jammu

The board which controls the functioning of the Vaishno Devi temple, makes all possible arrangements for a comfortable stay for the pilgrims, however, once can always choose from the various two, three and four star hotels that  are there in Katra and nearby places. The stay here is luxurious as well as comfortable and the value for money is optimum. 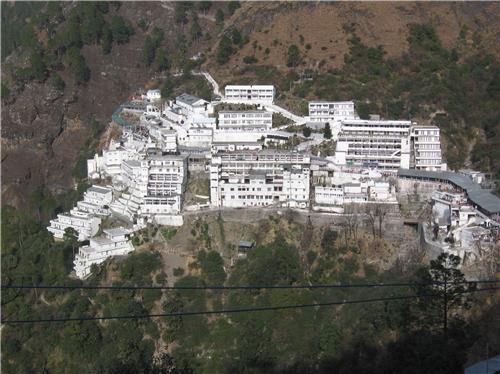 Thus, your visit to Jammu will be woven with spiritual contentment and inner satisfaction and joy, if you can materialise your plan of visiting this scintillating temple of Vaishno Devi. Your body, heart and soul will be dipped in immense reverence and gratitude, when you complete the “Darshan” of the deity and the almighty “Mata Rani”.