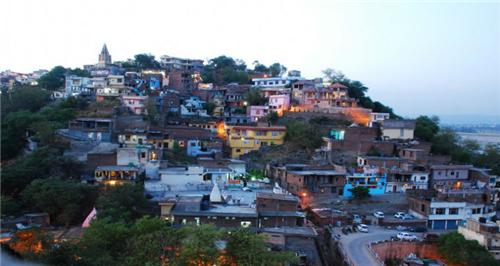 It will not be an overstatement to quote that “If there is heaven on earth, then it is in Jammu”. Jammu, is one of the most mesmerizing cities for travelers. Being the northernmost state of India, it sits at the top of the Indian map like a crown on the head of an emperor. It is a gateway to the scintillating state of Jammu and Kashmir and there is a plethora of tourist spots which dwell in scenic beauty and religious purity.

The city derived its name from its founder Raja Jamboolochan who discovered this place in the 14th century. Jammu also boasts of strategic importance as it is also the winter capital of Jammu and Kashmir. It is christened as the “City of temples” because of the presence of innumerable temples and shrines in the city which also in turn makes it a delight amongst the tourists.

Places to see in Jammu:

Tourism in Jammu is a flourishing business and a lot of its popularity stems out from the fact that it has various sites of architectural grandeur to be visited. Some of the famous names which are renowned globally and fetched Jammu the alluring accolades are Vaishno Devi Temple, Patnitop hill station, Punj Old Fort, Bhimgarh Fort, Ramnagar Fort, Mantalai and Shivkhori etc. Places like Mantalai and Shivkhori have the distinction of promoting eco tourism as well. One can witness breathtaking sightseeing, beautiful locales, a skyline filled with the “Shikhars” of the monuments in almost every location of the city.

Jammu is a city which is blessed with some beautiful lakes. Two of the major lakes which are worth mentioning are the Mansar Lake and the Surinsar Lake. Mansar Lake finds its existence between the floras of a green forest and attracts tourist’s from all over the world. Its prime importance is also religiously inclined and thus attracts a lot of devotees as well. Surinsar Lake is situated amidst a dense forest which is in close proximity to Jammu. Whether you plan for a family picnic, or a quick visit to a beautiful location, this place serves you right as it is located amidst vegetation against the contrasting sights of a hilly terrain in the background.

One of the most visited pilgrims which is the second most visited pilgrimage of India i.e. Vaishno Devi is located in the Trikuta Mountain which is around 61 kms from Jammu. The approach to Vaishno Devi is through a town named Katra which is around 13 kms from Jammu and is a resting place for the pilgrims. Other places of religious importance are Bawey Wali Mata temple, Peer Baba Dargah, Peer Kho Cave temple, and Raghunath temple. 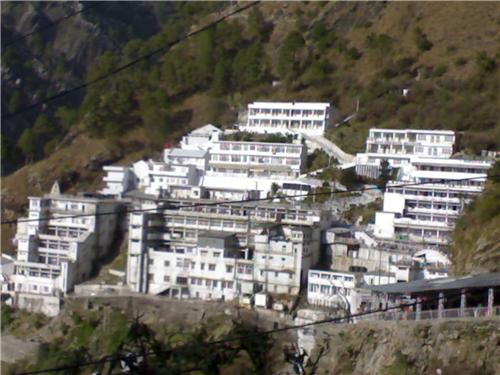 Monuments and Museums in Jammu:

Other places which are gems of charming Jammu are the historical places like the Amar Mahal Museum, Bahu Fort, and Mubarak Mandi Palace which displays rich cultural heritage.

The district of Doda in Jammu is specially revered by the trekkers and tourists who are on a look out for an adrenaline rush. This place provides one with an option of exploring some of the most thrilling adventurous sports like camping, skiing, trekking, mountaineering etc. 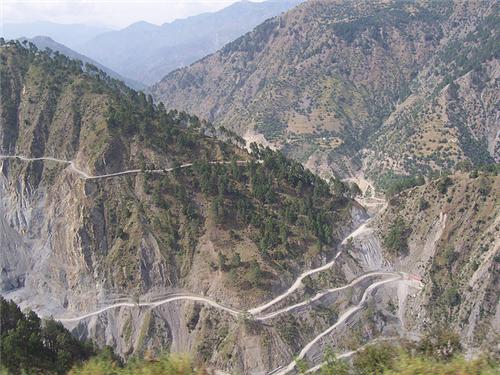 The neighbouring areas of Jammu are also packed with mystic beauty and adventure.
There are several wildlife sanctuaries which are very close to Jammu and provide a glimpse of the rarest flora and fauna habitation that’s available on the earth.

The Ramnagar Wildlife Sanctuary, which is at a distance of just 6 kms from Jammu, shelters some rare species. To name a few, the nilgai, blue rock pigeon, barking deer, wild boar, rhesus monkey, the Indian Mynah, etc.

Species like the Musk deer and the rare Himalayan black, brown bears reside in a high altitude national park named the Kishtwar High Altitude National Park, which spreads over 400 square kilometres and is at a height of 4800 metres.

Around 28 kms from Jammu is the Nandni Wildlife Sanctuary  wherein one can find leopards, wild boar, the langur, and rare birds like the red jungle fowl, chir pheasants, chakor and Indian mynah.
The other places that are at a stone’s throw distance from Jammu are Patnitop, which is a favourite honeymoon destination, Nathatop where one can view the sunset, Sanasar, which is a haven for paragliding. 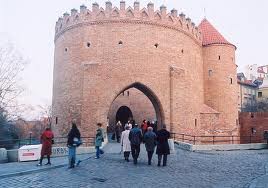 A major deciding factor of whether you call your trip a pleasant one or not depend on the kind of stay you have in the hotels. Jammu, is thronged by tourists almost all year round, hence, it has some of the best hotels with state of the art facilities and amenities to cater to its guests. Some of the plush hotels are as follows:

In order, to enjoy your travel to Jammu to the largest extent, you should plan your travel within a period which is amidst September and April. During this time, the temperatures are moderate and generally the influx of tourists is observed from the commencement of the winter season and ends with the onset of summers. The season of autumn will assure that your visit is hassle free and enjoyable. The city of Jammu dazzles in flowers and decorative lights during this time period due to celebration of one of the famous Indian festivals, Navratri.

How to reach Jammu?

Travelling to and from Jammu is convenient and hassle free due to the well planned connectivity with major Indian cities like Srinagar, Delhi, Chandigarh, Mumbai and Bangalore.

By Air: One can reach Jammu by air  reach Jammu through air as there is a state of the art t airport located at a distance of 7 kms from the main city. Currently, all primary airlines operate their flights to and from Jammu to other principal Indian cities.

By Rail: The Jammu Tawi station was established in 1975. Presently, it has a well thought out connectivity with all the major cities of India via a broad gauge line.

By Road: The national highways NH1 and NH 1B play an important role in connecting the city of Jammu with other cities in the vicinity of Jammu. There are various means of local transport which include local buses, matadors and auto rickshaws.

Tourism is an established and flourishing industry in Jammu and we have people flocking to this beautiful city almost all year round.