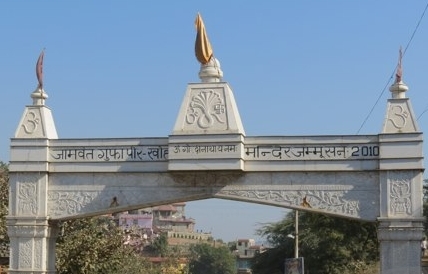 Jammu, popularly known as the “City of Temples” is blessed with many temples which are worth mentioning and should be visited for sure.  The entire city of Jammu has a lot of spiritual and heavenly feeling to it because of the presence of a number of holy places.

There is a culture of huge celebration during festivals amidst togetherness and reverence for each other and the feeling of brotherhood and love is eminent across the devotees of the temple in their conduct and their mannerisms. 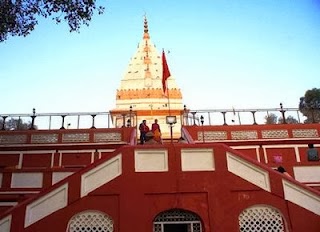 One of the famous temples in the city of Jammu is the Peer Kho Temple or the Shrine of Peer Kho. It is one of the oldest temples in the city and witnesses a huge turnover of pilgrims every year, during the time period of Puranmashi, Amavasya and Ekadashi, all of which are the different transit phases of the moon.

In addition, the temple is thronged by numerous devotees during the time of some of the prime festivals of Jammu, namely, Shivratri, Raksha Bandhan,  Shravan Puranmashi and Poornima. This temple is mainly a Shiva Temple, and the Shiva lingam is placed inside a moderately sized cave, and is a very peaceful place.

It is etched in white marble on a rectangular platform. The black stone lingam is ornamented with a copper snake or Naga, as termed in Hindi, and a sheet of silver covers the Jallari or Yoni, with an overtop copper vessel, placed in a hanging position to be able to continuously pour water on the lingam. There is some evidence that this temple was built during the dominion of the Dogra rulers as the lower portion of the lingam and some of the other characteristics bear a close resemblance to the ones of Purmandal temple, which was also built during the Dogra regime.

The Peer Mitha and the Peer Kho temple are the medieval period jewels of the city of Jammu. As per some of the historical records, the temple was built in 15th Century A.D., during the ruling regime of Raja Ajaib Dev, for the then Peer, Saint Siddha Ghareeb Nath. These caves are built underground and at a heart wrenching depth of twenty to thirty feet.

The Peer Kho cave is positioned on the bank of river Tawi and it is extensively believed that a character from named Jamvant, who was famously worshipped as the bear god had meditated in this cave.  This temple is based in the vicinity of the Panchbakhtar temple and the Ranbireshwar Temple, which are also temples dedicated to Lord Shiva and are all placed along the river Tawi. 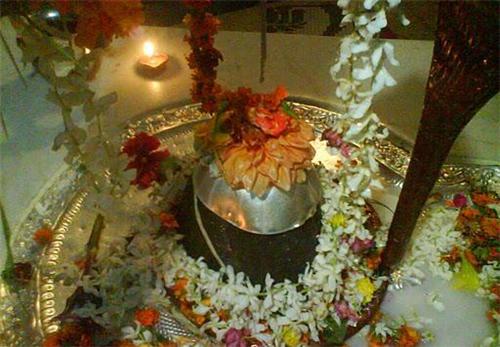 Also known as the Jamvant cave, these caves are located on an altar of igneous rocks, laced with the sedimentary deposits from the river and are placed on the edges of a circular road in the Northeast of Jammu city and are surrounded by the acacia jungle. 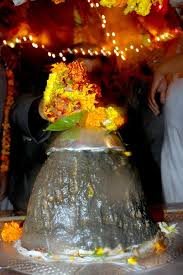 The Peer Kho temple has a large sized courtyard with an ensemble of three shikharas, with two placed on the left hand side and a single one on the right. The shikharas have a mix of modern and ancient design.  The stairs that lead to the temple have an arched gateway which is tall in height and pink in colour. The stairs have marble flooring and beautiful railings on its periphery. The temple has a long verandah with marble and mosaic flooring and another entrance which has an entry from the Pacca Danga via the Jullaka Mohalla.

The dome of the temple is an inverted lotus and is a modern structure made of stone. This dome serves as an entrance to the cave and is ornamented with beautiful paintings on the ceilings which resemble a strong and stark Mughal and Dogra influence with floral motifs at the centre of the dome. The paintings bear a close resemblance to the designs of paintings in the Ram Nagar palace complex, which is situated in the Udhampur District of the province of Jammu. The paintings portray an immense use of the colour indigo, which drives home the fact that the paintings belong to the erstwhile era of the 19th century of Jammu school of painting.

There is also a temple dedicated to Devi built on one of the corners of the courtyard within the premises of the temple. It has a white marble miniature temple shrine decorated with good looking and beautiful images of a goddess placed in a glass casing. There are also some staff quarters on the right side which are constructed for the attendants and workers of the temple. It is a Mahant who owns the ownership of the temple and the charge is rotated from time to time.

There is a continuous smoke emitting shrine at the centre of the temple, which is a very unique feature of this temple. The entire temple is built on an artificial and elevated platform to safeguard it from the disaster of floods from the Tawi River.

There is a small opening to a low level passage from the round domed entrance which leads to the Amarnath Cave or Guffa. There is also a temple of Lord Shiva in this cave. Another opening leads to the Nav Durga shrine, which has a temple that is populated with life size idols of Lord Vishnu, Lord Rama, Sita and other gods and goddesses. This thin route then opens up to another cave which is called the Nau Devi’s Guffa or the shrine of Nine Goddesses. 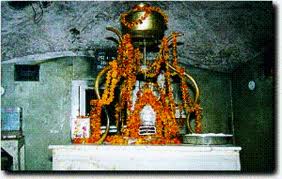 There is also a Peer Kho Mohalla or locality which has a memorial of an ancient Peer named Peer Shiv Nath, located opposite to it. There is also a small temple of Shani Devta located on the right side of the Peer Kho temple.

There are a lot of merchants located on the outside of the temple who sell beautiful handmade shawls which exhibit elegant designs and rich colours.
Other nearby places are the Raghunath Temple, Bahu Fort and Amar Mahal Palace. Also the Nandini Wildlife Sanctuary is located at a stone’s throw distance of only 3 kilometres from the temple.

Other Details about the Peer Kho Cave Temple

The temple functions from 5 AM in the morning to 7 Pm in the evening on all weekdays, weekends and public holidays. However, at around 12’oclock in the afternoon, the temple is closed for the visitors.  Also, cameras and phone are not allowed in the premises of the temple. Needless to say, that there are no pets allowed inside the temple premises.

This temple is talked about and mentioned with very high regards by the local people of Jammu and this temple is believed to be the gateway to many other spots of religious importance. Being, only at a distance of 4 kilometres from the main city of Jammu, this temple can be reached at by the numerous buses available from the city and also there are various travel agencies plying their vehicles like local taxi’s, buses, tempo travellers etc. to this place. Also, there are many hotels near the Peer Kho temple cave and accommodation in them is comfortable as well as luxurious. Few of the nearby hotels are Hotel Asia Jammu Tawi, Hotel Novelty, Raghunath Hotel, Maharaja Hotel and other.

Thus, this entire stretch of the Peer Kho temple and the Peer Kho cave are a beautiful place to visit for a tourist and if you are a staunch devotee of Lord Shiva, you cannot miss paying a visit to this place to offer your prayers, respect and homage.