Jammu is a city of spirituality, simplicity and optimism. People and locals of Jammu embrace simple living in their lifestyle. Their day starts early with the religious chants and morning prayers and they retire to bed early as well. Their lifestyle is in complete contrast with the busy city and urban life. The region of Jammu flourishes in tourism and the tourists are given a warm welcome and are treated no less than a family. People here are extremely down to earth and they do not hinder from inviting a tourist home for staying with them. Also, in case if as a tourist you happen to mention that you like their attire, they will make all arrangements to get the attire for you. 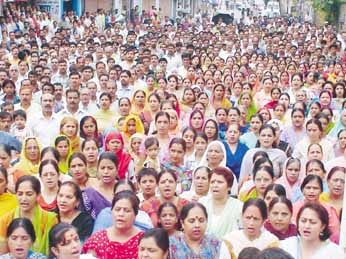 They are not smitten by the glitter of city life, however, they are progressive thinkers and there is a lot of advancement happening in the city. There are new malls coming up and a few of them are already established, bringing in a new dimension to the city life where people are beginning to engage in an entertaining and happening nightlife with youngsters hanging around in malls and restaurants. The lifestyle of people is totally different from that of the neighbouring states. The food they eat, the dresses they wear, the language they speak is distinct and exceptional.

Jammu has a very rich cultural heritage and is beautifully maintained by the government of Jammu and Kashmir. They are distinct in their food choices, living conditions and dressing sense because this city has been a melting pot for different religions and people from varied culture. Jammu is a brilliant example of unity in diversity as some of the other parts of India.

The social fabric in Jammu consists of varied tribes following unique as well as different religious beliefs and sects, ranging from Hinduism to Islam have lent their immense contribution in enhancing the cultural heritage Jammu. There is also an ample amount of evidence of how in the past the dominant Greek Romanticism and Roman Mysticism transformed the lifestyle of the people of Jammu and it is also influenced by the Persian lifestyle. People of Jammu celebrate all the festivities with full passion and enjoy a lot. For Example: Navratri, Eid etc.

Dress Codes of People in Jammu

The female population  in Jammu embellishes  itself  with beautiful jewellery like floral embroidered dresses, beaded necklaces, stone studded earrings etc. whereas the gentlemen feel comfortable in the ethnic wear as well the normal modern day attire. Phiran is a woolen attire worn here and is influenced by the nearby Kashmir. The dress code of the people of Jammu reflects the accurate picture of their lifestyle and culture.

Changing Times of Lifestyle in Jammu

With the advent of modernization, there is a sizable influence of western culture and people are embracing the urban city life which is evident in the growing number of gyms, beauty parlours, shopping malls, hotels etc. in the city. Also, the youth of Jammu, is looking forward to taking up better jobs and is striving hard for the overall economic enhancement of the society. 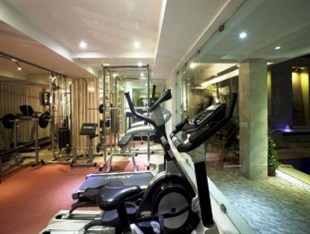 There are many state of the art gyms with modern facilities and equipments, which cater to the citizens of Jammu. Some of them do work around the clock to facilitate the locals and the visitors with the option to choose their convenient time for gymming.

Beauty Parlours and Spas in Jammu

There are many beauty parlours and spas, which have cropped up in different nook and corners of Jammu. One of the recent additions to the list has been the centre opened by Naturals, in the year 2013. The launch of unisex spa and salon by them, had been a talk of the town and this marked the advent of realization and awareness of personal grooming, which is very much prevalent in a vibrant manner across the masses of Jammu.

Therefore, on an overall basis, the simple lifestyle of Jammu, is on its way forward of advancement and improvement and with the enhancement in economy of Jammu, the lifestyle of the locals of Jammu is only going to improve and become elegant by leaps and bounds.