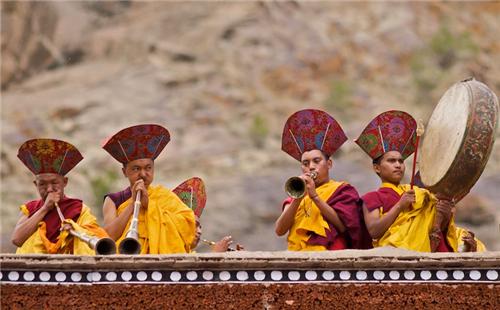 Jammu is a beautiful city in the Norther part of India and is positioned as the "Crown" of India. Popularly known as the "City of Temples", this city has an enormous amount of potential to attract tourists due to its rich cultural heritage, architectural grandness and historical importance.

In an attempt to boost the economy, the field of tourism is widely being promoted by the state government of Jammu and Kashmir. It is the initiative of the the Tourism Department of the Government of Jammu and Kashmir, to organise festivals like the "Jammu Festival", with an aim of promoting tourism and thereby introducing Jammu as a heritage site to the rest of the country and the world.

Venue of Jammu Festival in Jammu

The mini auditorium has facilities of sliding- folding partition, acoustic and hydraulic stage. There are also two hi-tech elevators introduced to serve the guests so that they are comfortable. There are cultural events held in the Dusshera Ground o f Gandhinagar as well.

Attractions of Jammu Festival in Jammu 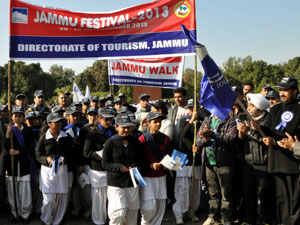 This festival is one of the most popular events of Jammu and plays a major role in contributing to the tourism industry and the overall economy of Jammu.

This festival spreads over five or six days and was held in the month of December in 2013. There is also a procession with commences with the festival and starts from the Vivekananda Chowk in Jammu.

There is also a heritage Walk organised as a part of this festival, which is undertaken by schools students and staff and is held from Amar Mahal to Mubarak Mandi.

A lot of famous performers and artists from all over the country come to perform cultural events in this festival. Some of the famous personalities who performed in this event are Gurdas Mann, Sabri Brothers, Watali Brothers and many others. Dogra dance and other folk dance and music are an active part of this festival. There are also inter college level competitions held, and ethnic shows and nukad shows are also some of the attractions of this festival.

Overall, this is much celebrated event of Jammu, which highlights the city as a preferred destination of tourism and serves as a gateway to rich cultural delight and entertainment. 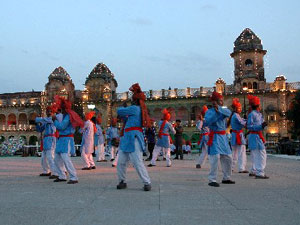 The General Zorawar Singh auditorium is a very popular place in Jammu and can be reached at easily by any means of local transport like the taxis, auto-rickshaws, local buses or temp travelers.

Many popular hotels like Fortune Inn Rivera, KC Residency Hotel Char Chinar, Hotel Premier and many others are at a distance of around a kilometer from the auditorium.


Explore more about Culture of Jammu