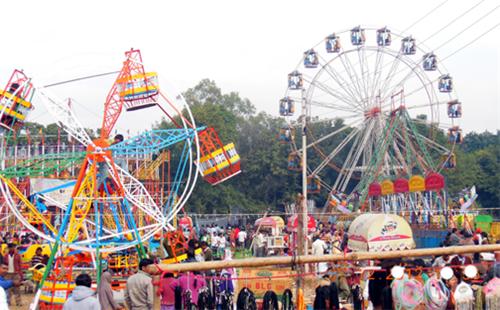 Jammu is a city with multicultural influence. Here people from various backgrounds and cultural ethnicity stay in unison and celebrate in merry and joy. Also, this city is a cultural haven for people who want to witness the amalgamation of different traditions and rituals into a single point.

Therefore, it will not be wrong to state that Jammu is a place which is culturally stimulated and provides a wide range of knowledge to someone who is looking to gather experiences of different Indian traditions and rituals. Being a region which is culturally motivated and intellectually aspiring, Jammu also houses many fairs which play a significant role in the cultural bonding of the state. 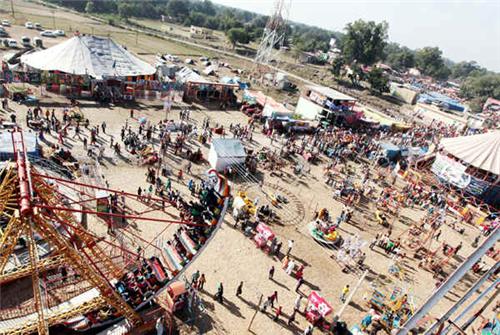 Some of the popular fairs that are organized by the government and the administration of Jammu are Mansar Food and Craft Mela, Lohri festival Jammu, Baisakhi festival Jammu, Chaitre Chandresh Jammu,Jhiri Mela Jammu, Hiri Mela Jammu  many more.  The fairs are just a means to bring people together and to unite them. It is also a strong mechanism to promote the tourism of the state. Some of the popular fairs are:

The Jhiri Mela is one of the well-liked fairs organized usually during the months of October or November. The fair is a reminiscent event which upholds the memories of an honest farmer called Jitu Baba, who belonged to the village of Jhiri. The story behind the fair is that of a farmer being hugely  tortured by his landlord due to which he gave up his life just to fight against the evil practices. 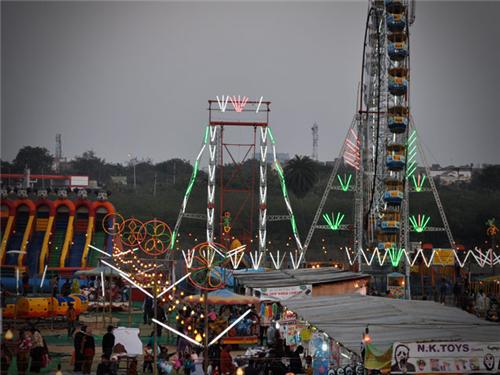 Hence, from the time, the farmer died, this fair is being organized by the people of this village to pay homage to the sacrifice made by Jitu. This fair is not only a source of celebration for the local people, but provides great entertainment and festive mood to the tourists who visit this place. The village Jhiri is located at a distance of only 14 kilometress from Jammu.

This Mela is organized in the village of Uttar Behni and is held in the months of March and April. This is a huge crowd puller and people flock this mela in thousands. The village where the fair is held is located at a distane of 25 kilometres from the city of Jammu. 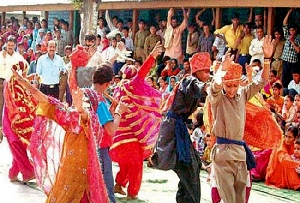 As the name of the fair goes, this fair is organized at the village called Purmandal which is at a distance of 39 kms from the state Jammu.

The fair celebrates the important day of Maha Shivratri when Lord Shiva married Goddess Parvati and is celebrated with great reverence by the locals and the visitors alike.

This is the most renowned and celebrated fair of Jammu and has its connection with one of the prime tourist spots of Jammu named the Bahu Fort. This fair celebrates the power of the Hindu Goddess Kali and is dedicated to Goddess Kali.

This popular fair is organized twice a year, one in the months of March-April while the other in the months of September-October. The fair is held within the premises of the temple and is a huge crowd puller of people from different parts of India.

One of the noted festivals of Jammu is the festival of Baisakhi and the Food and Craft Mela is held during Baisakh. It is celebrated in and around one of the most beautiful locations of Jammu which is the Mansar lake. The destination is at a distance of 62 kms from the main boundary of the state but people still turn out in large numbers to explore the local art and craft. The fair is administered by Jammu and Kashmir Tourism and therefore is of prime importance.

This is fair is an attempt to bring together devotees from both countries of India and Pakistan. Each year on both side of the Indo-Pak Border, many devotees participate in different fairs at Baba Dalip Singh Manhas' shrine, popular as ‘Baba Chamliyal’. It is located at a distance of about 42 kms from Jammu, in Ramgarh sector of district Samb.

With a hope of peace and brotherhood, devotees from either side swarm the Indo-Pak border for the annual ‘Chamliyal Mela’ and collect the holy ‘Sharbat’ (sweet water) and ‘Shakkar’ (soil) from the Dargah of the famous saint.

The people on both sides of the Indo-Pak border participate with great eagerness and zeal. The fair begins every June on its fourth Thursday.

The ‘Chamliyal Mela’ which is celebrated on both sides of the International Border, is over three hundres and twenty years old, and has climbed the popularity charts since November, 2003, post the initiation of peace initiatives and ceasefire on the border which was undertaken by both India and Pakistan.

The Border Security Force (BSF) for India and Chenab Rangers of Pakistan manage the annual fair and help people on both sides. They help in receiving the holy ‘Shakkar’ and ‘Sharbat’, which is believed to have medicinal properties to fight and cure many skin ailments.

It is customary affair in an annual basis during which in the Saidanwali village on the Pakistan side of the Zero Line, people organize a three-day fair and wait for ‘Shakkar’ and ‘Sharbat’ of Baba Chamliyal’s Dargah. 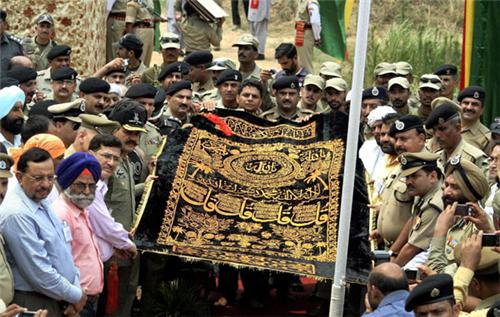 Saidawali village, is one of the main gathering point for the people from Pakistan in order to collect the Shakkar and Sharbat provided by the BSF officers and is located on the international border as they are not allowed to cross the border. Prior to the Indo-Pak war in 1971, Pakistani nationals were permitted to visit this side of the border, but now only Pakistani Rangers (border police) are authorized to participate in the festival,  who offer Chaddar on behalf of the people of Pakistan.

Therefore, Jammu has a huge variety of fairs to offer to its locals and tourists and you should not miss any of the fairs if there is one going on during the time of your visit. By the dint of attending these fairs in person you will be able to obtain an insight to the richness of culture and tradition of the city of Jammu.

Explore more about Culture of Jammu