The region of Jammu is a melting pot of various cultures and traditions. This region is rich in cultural aesthetics and takes pride in its distinctive cultures and ethnicity. Jammu has witnessed a revolutionary progress and development and has the rare achievement of having the highest Human Development Index on a national basis. The normal lifestyle of the locals is very simple and heart warming and this is a place where the Hindus and the Muslims co-exist harmoniously. This region will engulf you in its beautiful coulours and elegant cultural nuances which one can experience when one visits this beautiful city of Jammu. 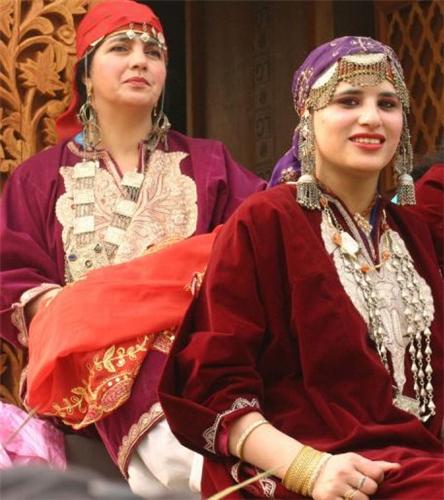 Major languages spoken in Jammu are Dogri, Poonchi, Gojri, Kotli, Mirpuri, Hindi, Punjabi, and Urdu, however, with the onset of the tourism industry, the language of English is making a strong foothold for itself.

The city of Jammu has the flavour of religiousness and spirituality in abundance, which is a side effect of the presence of various temples in and around the city. The constitution of the local society of Jammu mainly consists of Sikhs, Buddhists and Muslims. Dogras, Chibalis, Sudans, Kishtwari, Khatris, Mahajans and Paharis are some of the ethnic tribes in Jammu. Let’s visit some of the major tribes of Jammu.

This tribe constitutes a major chunk of the population of the city of Jammu and stands at a whopping figure of 67%. This tribe is mainly known for its heroism and its fine martial art superiority. The inhabitants of this tribe are found in the peripheral regions of  Kathua, Udhampur and Jammu districts and in the lower part of the Rajouri district. Some of the members of this tribe embraced other high echelon classes like the Brahmins, Rajputs and the Mahajans. The principal language is Dogri and the theatre and dance styles of Heren and Kud are practiced here.

The second largest community of this region are the Gujjars, and practice Islam as their religion. They are mainly natives from Gujarat and Rajasthan and speak Gujari. They lead a nomadic lifestyle and their primary occupations are breeding cattle and are mostly herdsman. Also, they do sparingly cultivate maize on the mountain slopes. The main valley of Poonch and the mountainous, hilly terrain of Doda and Rajouri  are mainly occupied by this tribe.

A minority section in Jammu, which embraces Islam. There are also, some Buddhists in this tribe. Their principal languages are Dogri and Punjabi.

Speaking mainly the Kashmiri and Dogri languages, this tribe consists of mainly Islamic followers.
There are other nomadic tribes as well like the Gaddis and the Bakkarwals whose major occupation is cattle breeding.

The major festivals celebrated in Jammu are as follows: 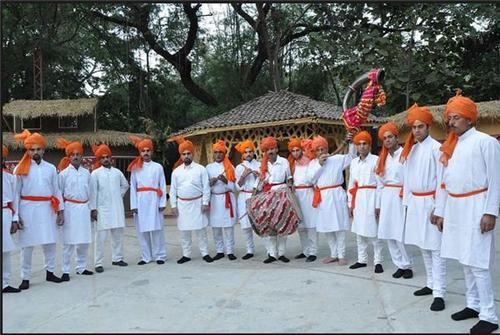 One can catch a glimpse of the rich culture of the city of Jammu by joining or visiting the Jammu and Kashmir Academy of Art, Culture and Languages. This institute fosters a spirit of oneness and keeps the flag of culture flying high by promoting activities in the field of language and literature, visual and plastic arts, music, dance and drama. It was set up by the provision of Section 146 of the Constitution of Jammu and Kashmir in the year 1958.

Dance and Music Classes in Jammu

There are many institutions which cater Dance and Music classes in Jammu and the locals take good care about the fact that their children are enrolled in any one of these extracurricular activities.