Jammu is the northernmost state of India. Popularly known as the “City of Temples”, because of the high density of temples that are located in this place, it also has the distinction of being the winter capital for the state of Jammu and Kashmir. Jammu city is the largest city of Jammu, and is a cluster of districts. This hilly terrain, consists of districts like Doda, Udhampur, Resai, Samba, Poonch,  Ramban, Rajouri, Kishtwar, Jammu and Kathua.

A home to numerous shrines, this city of Jammu is separated from the Kashmir valley by the Pir Panjal range of mountains. It also consists of some of the grand mountains of the Himalayan range which are a part of the eastern district of Doda and Kishtwar. Jammu, has also successfully registered itself as the trade and commerce hub of the state and boasts of a successful infrastructure. 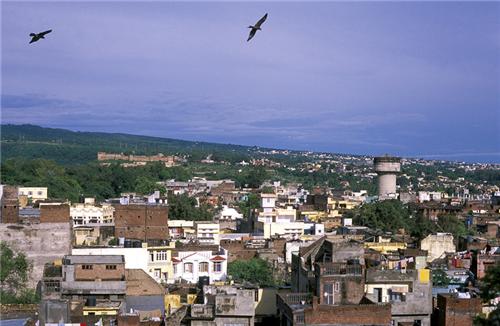 Geography and Climate of Jammu

Jammu’s periphery is surrounded by some of the significant states of India, like the Punjab, Kashmir and Himachal Pradesh. The primary part of the region of Jammu is covered by the Shivalik range and then it is ornamented by the Vale of Kashmir on the north and the Daman Koh plains to the south.
The climate of Jammu varies between a humid summer, which is endowed with scorching sun rays and a nerve cracking winter, which witnesses temperatures of sub zero levels as well. During the summers, the temperatures shoot up to 46 degree Celsius as well.

Dense fog is a characteristic of the winters which facilitates limited vision for the locals. The hottest month is the month of June and the coldest month is the month of February. It is recommended that the travellers undertake a travel to this place between the months   of October to March when the temperatures are moderate. Monsoons do knock on the doors of Jammu in the beginning of July. 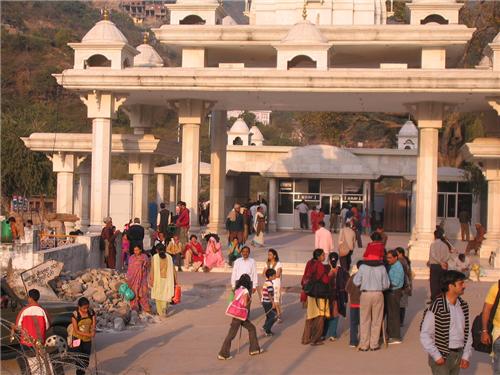 There is a very interesting story attached to the history of Jammu. It is believed by historians that the city of Jammu was discovered by Raja Jambu Lochan in the 14th century BC. History states that, on one of the hunting expeditions of Suryavanshi Raja Jambu Lochan, when he reached by the river of Tawi, he was astonished by the sight of a lion and a goat drinking water adjacent to each other. He was awe stricken by this sight and opined to his ministers that this land was so pure and virtuous that no living creature could nurse any animosity against each other. He, therefore, decided to make this place his capital city, Jambupura, located on the right bank of  the river Tawi overlooking his brother Bahu’s fort.

Jammu was ruled by a wide range of dynasties. It was under the rule of Mughals, followed by a reign by the Sikhs and then it was subjected to the British Raj. Also, the city was ruled for a sizeable period of about 984 years by Dev dynasty followed by the Dogra rule. It was during the tenure of the Dogra rule, that innumerable temples, mosques and educational institutions were constructed. Know More Here.

Jammu does boast about an enviable cuisine, which has a plethora of dishes ranging from sweet to savory items.  Its indigenous preparation of “Rajma chawal” i.e. a special preparation of pulses served along with rice is mouth watering and widely consumed across the city. The cuisine of Jammu also brings in a string of sweet delicacies namely chocolate burfi, sund panjeeri, patisa and kalaadi, which is a special form of processed cheese. The other food specialties include the the Dogri food cuisine hallmark like the khatta meat, ambal, maa da madra and dal patt which are lip smacking and sumptuous. Know More Here.

Jammu has many places of prime importance. The main tourist and shopping hub is the Raghunath Bazaar. The market named Gole market on Apsara Road is a part of a locality named Gandhi Nagar. An evening stroll along side Green Belt park can be rejuvenating. There are also upcoming areas like the Rajinder Park, which is located on the Canal Road. Also a famous shopping centre is the “City Square”.

Jammu’s major population are the inhabitants of the Dogra origin, and there is also a considerable population of the Punjabi culture.  The principal languages are Urdu, Hindi and Dogri and other languages spoken are Kotli, Mirpuri, Punjabi and Hindi.  A major chunk of the population, i.e. 65% is Hindus, followed by Muslins at 30% and the rest are Sikhs. Know More Here. 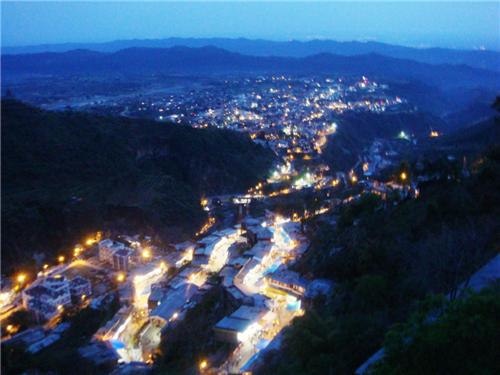 There are many outstanding tourists’ places to visit in Jammu. One of the famous temples, known as the Vaishno  Devi temple is located in the town of Katra which is in close proximity to Jammu. This temple draws thousands of pilgrims on an annual basis and is the second most visited pilgrimage. Other places of tourist interests are the Amar Mahal, Mansrovar Lake,  Purani Mandir, Mubarak Mandi, Patnitop, Raghunath Temple, Peer Kho cave, Shivkhori, Nandini wildlife Sanctuary and the Bahu Fort.

Tourism is a booming industry in Jammu and we have people flocking to this beautiful city almost all year round. Know More Here.